Common Baxi Boiler Faults and How to Fix Them

Having your boiler breakdown when you least expect can be really stressful and something you want to avoid. And knowing your boiler make and its most common potential faults is the first step in avoiding a full on ‘no heat, no hot water’ situation.

Baxi has been one of the most popular boiler makes in the UK since the 1960s although if you do you research, this British heating company has actually been in business since the 1860s. Today, Baxi are proud of their A-rated boiler range, with many models coming with an impressive 10-year warranty. However, like any boiler, models in the Baxi brand can be prone to some issues.

So, if your boiler is a Baxi, we can help you identify what may go wrong with your heating and hot water system and when you need to call out professional help. We take a look at some of the most common Baxi boiler faults and how you can fix them.

Should your Baxi boiler develop a fault, in most situations it will show up on its LED display as an error or fault code. There are a few variants in some error codes depending on the Baxi boiler model you have, so always refer to your user manual for the correct fault code or go to the Baxi website.

But as a guide, here are the main boiler issues and the most likely associated fault codes:

While it may sound disturbing, a banging noise coming from a boiler is one of the most common Baxi boiler faults experienced, particularly the HE Plus combi boiler range. However, when diagnosing the cause, it is the frequency of noise that counts as it won’t usually be a constant banging. If the banging noise only occurs when the boiler is cycling on and off – ie. when the boiler ignites and fires down – it could indicate that there is an issue with a broken burner, which can be susceptible to degeneration over time. So, if your Baxi boiler is older than five years and is making loud noises, the burner should be your number one suspect.

The first step if you suddenly have a loud banging boiler is to check if there is an error code on the display, which is typically E128. But it is recommended that you don’t attempt to explore any further without calling out Gas Safe registered engineer who will be able to look inside the boiler to correctly diagnose the problem.

Replacing the boiler’s burner needs to be done with great care and should be done by a professional or you could compromise your warranty. Your heating engineer may recommend replacing the burner, which can cost around £400. Or, if your boiler is at an older stage of its viable life, then it may make more economic sense to replace it with a new boiler as the broken boiler could be indicative of other potential component failures to come.

Nobody wants a leaky boiler or to discover that dripping water from your central heating system has damaged your ceilings or flooring. All boilers are prone to leaking, and this is one of the common Baxi boiler problems, often with the Solo and HE Plus range.

Particularly if your boiler is an older model, internal parts and components can degrade over time, potentially leading to leaks. The two main causes of a boiler leaking and dripping water are a faulty pump or diverter valve.

Your boiler’s pump pushes water that has been heated inside the boiler, through to your radiators and taps. But the seals on the pump can deteriorate and break, especially if they are put under pressure from a blockage in the pipes or can work loose, letting the water leak out.

The housing of many internal components such as the pump and the diverter valve is made of plastic and prolonged vibrations can cause them to eventually crack. This is often seen in the diverter valve found in combi boilers which opens or closes to direct all that lovely hot water to either your radiators or taps/shower, depending on demand. As it ages, the diverter valve is prone to hairline fractures which can develop into a leak.

If you suspect that the boiler pump or diverter valve is at the heart of your boiler leaking problem, then you need to turn off your water supply and call out a Gas Safe heating engineer so a professional can identify the root cause.

If the leak is a result of degraded internal components inside your sealed combi boiler unit, then your engineer may recommend replacing the affected parts using the appropriate Baxi replacements, including the whole plastic housing unit. He will also check for signs of internal rusting and debris as a result of prolonged leaks.

However, the heating engineer may advise that this will be a costly exercise, especially if your Baxi boiler is an older model (eg. over seven years) and that the more economical solution is to install a new boiler.

A leaking boiler could also indicate that the unit is underpressurised, which means the internal pressure has dropped too low. If you suspect low boiler pressure, the first thing to do is to check the boiler gauge, which should show pressure between 1 and 2 bar. Anything under 1 bar and your boiler is suffering from low pressure and if the drop in pressure is sudden, this is an indication of a leak.

If a leak is the suspected of causing your boiler to lose pressure, you need to turn off the water supply and book a Gas Safe registered engineer to come out and take a look. Or you can do your own visual checks to determine the problem – look at your radiators, pipes, radiator pressure release valves and the boiler’s expansion vessel for any signs of leaks.

However, if there is no water leak, you will need to reset the boiler so it repressurises to the ‘normal’ zone. To reset your boiler, first you need to check the boiler manual to get the correct normal pressure level for the model. Then follow the following simple steps to increase the pressure in the boiler:

Boiler Will Not Ignite

If the ignition or pilot light on your boiler will not fire up, your Baxi boiler should show up one of several boiler fault codes. A lockout is a common Baxi boiler problem caused by ignition issues and occurs when something has failed or is at fault and if left unresolved could seriously damage the boiler. Ignition induced lockouts can also occur on some Baxi models, due to the combustion chamber seals splitting or wearing out, especially if it is an older boiler.

Knowing your likely Baxi error codes can help to quickly diagnose what is causing your boiler’s ignition issues and if it is a recognisable fault, make sure you get a heating engineer in to check it out.

Other causes of ignition problems can involve the actual gas supply to your boiler. If this is suspected, the first thing you need to do is try out any other gas appliances you may have, for example your oven. If they are also failing to ignite, then it is likely to be a gas supply or gas valve issue and you need to hand it over to a Gas Safe registered engineer to explore and rectify the issue. The heating engineer will also be able to repair/replace any internal faulty parts if these are the cause of your boiler’s ignition failure as well as clean out the system.

While all boilers can be prone to the occasional lockout, it is a common fault with the Baxi Solo 1PF and 2PF models. If your Baxi boiler has gone into lockout – which means the boiler has locked out to protect its internal components – then boiler overheating is often the cause of the problem. If your boiler locks out, your error codes will play a key role in narrowing down the problem and then formulating a plan to put it right. Faulty components, including the fan and and air pressure switch fault, may also be to blame, as can an electrical circuit board (PCB) issue or your boiler losing pressure.

Follow the error code trail and act accordingly. If your boiler is suffering from low pressure – ie. below 1 bar – you need to repressure and reset the system. We’ve covered how to repressurise your boiler earlier in this guide but if you are in any doubt, follow your boiler’s manual or call out a Gas Safe registered engineer, who will also explore potential causes for the drop in pressure such as a faulty pump, system leak or blocked pipes and repair or replace as necessary.

A worn, stuck or faulty diverter valve is one of the most common reasons why there is no hot water from your taps and affects all boilers, not just Baxi. In a combi boiler, the diverter has a key role as it opens to let water into the boiler’s heat exchanger when you turn on a tap, then closes it off when your heating comes on. So, if the best you get from your taps or showers is a stream of lukewarm water, then chances are a problem with the diverter valve is to blame. If not, then it could well be an issue with the diaphragm washer, which helps to divert the hot water to where it is meant to go. This is a common issue seen in the Baxi 105e combi boiler.

If the issue is with your diaphragm washer, then this is a quick and relatively cheap replacement, which any heating engineer can do. If the engineer identifies a problem with your diverter valve, then this can be a little more costly and it may be more cost effective for the engineer to replace the whole diverter valve. Expect to pay round £300-£350 for a new valve but having lovely hot water back in your home is priceless!

Unable to identify the fault with your Baxi boiler?

Especially if you have a combi boiler, which is a sealed unit, it is not advisable to attempt to fix or replace any internal components and doing so could actually invalidate your Baxi warranty.

If after checking your boiler’s error codes and following the potential evidence trails, you cannot identify the cause of your Baxi boiler fault, then the wise thing to do is to call out a Gas Safe registered engineer who is familiar with and experienced in working on the Baxi boiler range. They will be able to quickly identify whether it is one of the common Baxi boiler problems and make their recommendations. If they are unable to fix the problem, especially if your boiler is an older model or over the age of 10 then installing a new boiler may be the most efficient and cost-effective solution.

Save over £1000+ on a new Worcester Boiler!!
Get a low fixed price on a brand new boiler installed next day in minutes...
Lock in your fixed price
Boiler Breakdowns 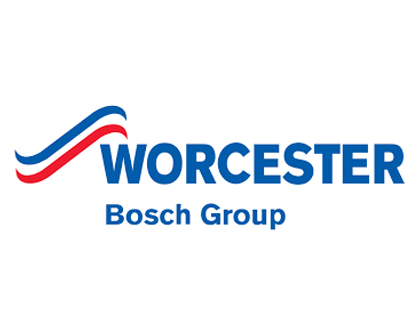 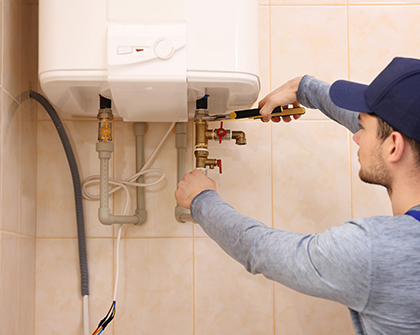 Boiler PCB Faulty? What Is a PCB and How You Fix It 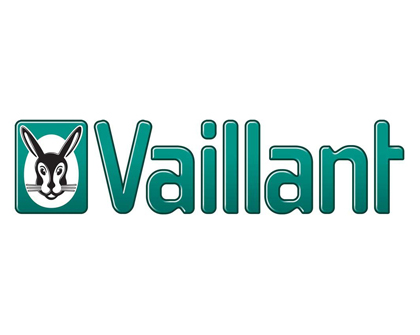 Common Vaillant Boiler Faults and How to Fix Them