Changing from a Conventional Boiler to a Combi Boiler

The domestic heating and hot water boiler is an indispensable feature of most of our homes. In order for the central heating system to function efficiently and economically, it is essential that the correct boiler is installed. Combi boilers are generally recognised as the modern industry standard boiler, but older properties may not feature this type of boiler. In this article, we shall weigh up the advantages and disadvantages of having a combi boiler system installed in the home.

Why Change to a Combi Boiler?

Whilst your boiler may appear to be operating without any problems, it is inevitable that the performance and efficiency of any boiler will decrease over time, with extended use. After 10 years of use, a boiler should generally be considered due for replacement. Of course, ongoing repairs and replacement parts are always an option, but much like cars, domestic boilers reach an age at which they are beyond economic repair. A boiler is a complicated piece of equipment and it is always a temptation to stick with one that you are familiar with and understand. But this is not always the right choice and for the sake of lower fuel costs, increased efficiency and a reduced impact on the environment, a combi boiler is often deemed to be the sensible option.

First, we need to look at the boiler system options which are available to the homeowner in a bit more detail. A conventional boiler may appear to be meeting all the household’s needs for hot water, but it is unlikely to match the efficiency or the economy of a combi boiler. The following table shows a comparison summary of the most obvious advantages and disadvantages of both types of boiler system.

How Hard is it Changing to a Combi Boiler?

It is important to realise that changing from a conventional boiler to a combi boiler is a major undertaking. As with all work to the domestic heating and gas supply, it is a legal requirement that any person carrying out this work must be listed on the Gas Safe Register. Failure to adhere to this regulation could lead to a large fine, or even a prison sentence. Even use of the wrong tools or equipment can land the user in court facing prosecution.

Having secured the services of a correctly registered tradesman, the job itself can be a lengthy one since, at the very least, new gas supply connections will have to be carried out and it is quite likely that some pipework may need to be re-routed. It is also likely that the old hot water tank will have to be removed from the property. In addition, it is also possible that the new combi boiler may have to be installed in a different position to the old conventional boiler. There are specific legal requirements which govern the location of combi boilers so that considerations such as adequate ventilation are met. In addition to this, new smart control systems may have to be installed. This will require some additional electrical work to be carried out. Again, this will need to be carried out by a suitably qualified electrician.

How Much will Upgrading to a Combi Boiler Cost?

It is not always possible to give a definitive figure for the cost of upgrading from a conventional boiler to a combi boiler, since there are a number of variables that need to be taken into account. These include the amount of time and labour required to remove the old system, and the design of the replacement system. Nevertheless, there are some approximate figures here which may help. You can expect to pay anywhere between £1000 and £2500 to have a new combi boiler installed, whereas a conventional boiler replacement is generally quoted as costing between about £1500 and £3500.

Is it Worth Changing to a Combi Boiler?

Again, this is not a question that has one absolutely definitive answer. It depends primarily on what you hope to gain by changing your boiler. It must be remembered that a domestic heating system, however expensive, is not going to last for ever. It is a complicated piece of equipment which is subject to high pressure and temperature, so it will inevitably wear out.

There are a number of tell-tale signs that the boiler may be starting to deteriorate. These include (but are not limited to) the boiler regularly losing pressure, emitting strange smells or making unusual noises. In all these cases, a Gas Safe Registered engineer should be called straight away, to investigate. Any of these issues may be relatively simple to fix, but they may also be a sign of internal corrosion within the boiler itself. In any case, as has been mentioned previously, the average life of a domestic boiler is generally reckoned to be around ten years. Even without the issues mentioned above, it would be sensible to consider replacing the boiler once it has reached that age.

But if the boiler does need replacing, should it always be upgraded to a combi boiler? The answer is often but not necessarily always. As we have seen, there are a few reasons for wishing to stick with a conventional heating system, such as the ability to have a back-up source of hot water and to allow for multiple users of the hot water system at once. Nevertheless, the advantages of a combi boiler system, such as environmental efficiency, economy and taking up relatively little space within the home, may well outweigh the advantages of the conventional heating system.

Which Combi Boiler to Choose?

There is a wide selection of manufacturers and models of combi boiler to choose from so how do you know which is best for your home? While your heating engineer will be happy to advise, there are a few factors to be aware of. Ease of use and reliability are obvious but don’t forget a good warranty and if you live somewhere particularly cold, will your chosen boiler be up to the job? Here are some of the current market leaders.

A long-established British firm with a good reputation going back to the beginning of the 20th century. Baxi produce a wide range of models to suit most budgets with warrantees from 7 to 10 years.

Another company going back over a century, Ideal are known for producing solid and reliable combi boilers. While they may not always have a wide range of hi-tech features, they are a popular choice.

Valliant boilers feature award winning German engineering and are very popular. They are not the cheapest on the market but are renowned for producing energy- efficient products with low emissions.

Another well known German brand. Typically, these boilers are not as expensive as Valliant, but often with fewer hi-tech features and shorter warrantees. Nevertheless, they produce high quality boilers.

With over 1 million UK homes having their water heated by Worcester Bosch appliances, this company is the market leader. Theses boilers perform well in colder environments and the company was an early adopter of smart control technology.

Whilst this is not an exhaustive list, it should provide a good starting point when choosing a new combi boiler. Any of these manufacturers will supply the homeowner with an efficient and reliable water heating system, so always consult several Gas Safe Registered heating engineers to work out which is the best option for your home.

Do remember that you may benefit from shopping around, in order to secure the best boiler at the best price. 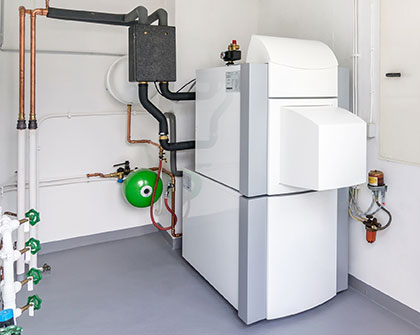 How Long Does a Boiler Last? 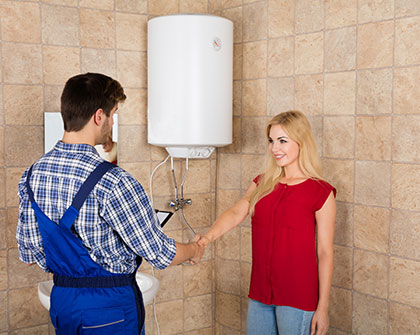