What is a Boiler Flue and How Do They Work?

For the majority of people, the domestic heating system is a complete mystery. What on Earth is going on inside that white box? Is steam supposed to be coming out of the side of the house? Working on the system is a job for trained heating engineer, but it’s a good idea to have some knowledge of how it all works. In this article, we’ll look in more detail at the boiler flue.

What is a Boiler Flue?

Essentially, a boiler flue is simply a pipe which fulfils much the same function as the exhaust pipe on a car. In the same way that you would not want gasses from your car engine coming anywhere near you or you passengers when you are driving along, the boiler flue keeps the waste products from your heating system, such as moisture, carbon monoxide and other waste gases, away from the inside of your home. It is important to know, however, that a boiler flue is not really the same thing as a chimney. The only time that a chimney performs a similar function to that of a boiler flue, is when the system uses a back boiler, which heats the system via a fireplace. Back boilers are rarely fitted new these days and are becoming less common, as modern boilers are much more efficient.

How Does a Boiler Flue Work?

The boiler flue is a vital part of your domestic heating system and the boiler cannot work safely, or indeed at all, without it. The flue is basically a tube from the combustion chamber of the boiler to the outside atmosphere. But again, just like the exhaust pipe on a car, there is often a little more to it than that. Modern car exhausts can incorporate a turbocharger which uses the exhaust gasses to add extra power to the engine. Similarly, a modern combi boiler can use the heat in the boiler flue to rewarm the water which is being pumped back to the boiler from the domestic radiators. In addition, the water vapour in the exhaust gasses can form condensation as it cools in the flue, which can be recycled to increase efficiency. This is why these boilers are also known as condensing boilers. Since 2005 it has been a legal requirement in the UK for all new domestic boilers to be of this type

Where is Your Boiler Flue?

The best time to see a boiler flue in action is on a cold day. If you look at the outside of your house when the boiler is running, you may sometimes see steam emerging from a vent. This will be either through a wall on the side the house, near the boiler inside, or from a pipe sticking up through the roof. Generally, it will be the shortest practical distance from the boiler for reasons of cost and efficiency.

Of course, life would be simpler if there were just one type of boiler flue to fit every boiler and building, but unfortunately, there isn’t. To avoid confusion, flues are generally divided into two categories: either horizontal or vertical. Let’s look closer at both types.

Horizontal flues are the most common type of boiler flue. These are the ones which protrude through the wall of the building. The reason they do so is to minimise the length of the flue between the boiler and the outside wall. For some boilers, it is impractical, or not possible, to fit a horizontal flue, but they are, nevertheless, the more common choice where possible. Whilst horizontal boiler flues do not always require a cover, they need to be checked regularly to ensure that leaves, or even birds’ nests, are not blocking them, as this could lead to a backflow of noxious gas. A wire guard is sometimes fitted to horizontal flues to reduce this risk.

Sometimes, the boiler flue may be protruding through the roof, rather than through the wall of the building. This type is known as a vertical flue. A heating system may require a vertical flue if the boiler is not situated close enough to an external wall.  It is also more common for a boiler to be fitted with a vertical flue if it is oil fired, as opposed to gas fired. It is more common to see steam coming from a vertical flue, as they are generally longer than horizontal flues, so more condensation can form inside them. Vertical flues usually have a cover on the end, as they are more prone to leaves and other debris being blown into them, causing a blockage.

How to Spot a Blocked Flue

A blockage in the boiler flue pipe can be very dangerous. Combustion fumes can contain toxins such as carbon monoxide. This is a colourless and odourless gas which is essentially invisible to us, but affects the ability of the blood to transport oxygen. It is very important that any home with a gas boiler is equipped with a carbon monoxide alarm to give an early warning of the presence of waste gases.

As a rule of thumb, modern flues tend to be round in shape. If the flue is square, it is likely to be a bit older, probably 15 years or more. Whilst this not a problem, it could be a sign that any repair or maintenance work might need to include upgrading to current gas safe specifications. Generally, this may mean that the size of the gas pipes which fuel the system may need to be increased to the current standard size of 22mm. If this is the case, there may be the need for brickwork, rendering and plastering to be carried out as part of any upgrade to a new boiler.

With all building components, there are regulations which must be followed to ensure the safety of the building’s occupants. This is especially important when potentially toxic or harmful gases are involved. The specifications for the positioning of the boiler flue vary according to which type of flue is being fitted. For some flues, particularly the horizontal type, there is the additional consideration for the safety of people who may be walking past the building, or for those in adjoining properties.

The principle underlying the positioning of any boiler flue is that it should be far enough away from any windows, doors, air vents, or any other opening which would allow air to enter the property.

Another consideration when installing a boiler flue is the temperature of the waste gasses. This can be extremely hot and could cause a problem if, for example, the flue is positioned too close to a plastic down pipe or guttering, as the heat could easily melt the plastic.

The following are examples of the regulations for positioning boiler flues, firstly looking at horizontal flues. The flue should be at least 300mm away from any window, door, or any other type of air vent, whether it is beside, above or underneath. It should be at least 200mm below the eaves, or any roof overhang, to prevent the exhaust gasses from entering the roof space. It must be 75mm or more away from guttering or other pipe work to prevent the potential heat damage mentioned above.

It should also be at least 300mm above ground level, and if it opens into a public area or next to a pathway, it must be at least 2.1m above the ground.

Occasionally, it will be practically very difficult to achieve sufficient distance between the flue and any obstacles such as windows, doors or vents. In this case, a plume kit can be fitted. This is an extension which attaches to the original flue and extends the outlet away from the obstruction to a safer position.

For vertical boiler flues, there are additional specifications. The end of the flue must be at least 300mm away from the surface of the roof and at least 2m away from any Velux type window.

It is worth stating that these are minimum tolerances for ordinary domestic boilers. Greater distances will apply for larger commercial boilers.

How Much do Boiler Flues Cost?

As you may have realised by now, there is considerable variation in the design of boiler flues, so there is no ‘one size fits all’ solution and the costs can vary considerably. Having said that, the following table is a useful guide to some of the costs involved in fitting a new boiler flue.

The cost is clearly dictated by the length of the boiler flue, but customers should also be aware that other costs may also be incurred. If the new flue is a horizontal type, being fitted to replace an older, square shaped flue, then some alteration and repairs to the fabric of the building, such as plastering, or brickwork may be required. As mentioned previously, older designs of boiler flue may be a sign that the heating system falls below current specifications and upgrades to more modern 22mm gas pipes, for example, may be required at extra cost. If a plume kit is necessary, the cost of these is typically in the £40 to £80 range.

For vertical boiler flues, there may be additional costs involved due to the fact that working at height is likely to be required. This may include the cost of scaffolding and making good, following any alterations to internal ceilings and external roofing, including weather proofing around the flue.

It needs to be emphasised that this type of work is not in the realm of even the most experienced DIY enthusiast. It is a legal requirement that any work involving domestic gas has to be carried out by an approved gas safe registered engineer, and whilst pulling a few leaves from the end of the boiler flue is a perfectly sensible thing for anyone to do, anything more complicated must be left to a professional gas engineer.

Save over £1000+ on a new Worcester Boiler!!
Get a low fixed price on a brand new boiler installed next day in minutes...
Lock in your fixed price
Boiler Maintenance 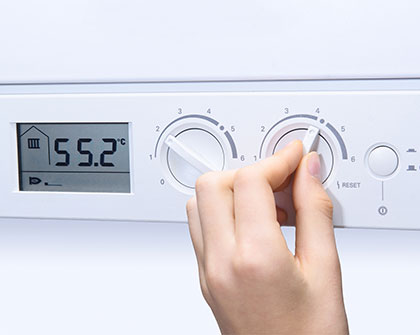 What is A Boiler Condensate Pump & How Does It Work? 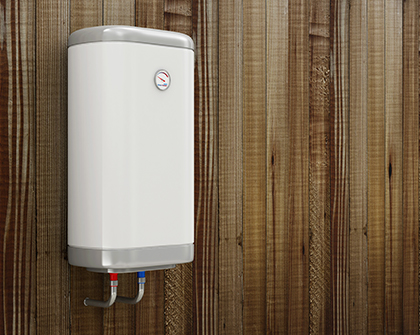 No Hot Water from Your Boiler? Here’s Why!