Why Is My Central Heating Noisy?

An efficient and well-maintained central heating system should quietly get on with the business of warming your home, although the odd grumble noise is to be expected. But if noises from your system are getting more noticeable, come on suddenly or seem to be consistent, it’s time to get them checked out. We look at the reasons why your central heating could be noisy, and what you can do to restore peace back to your home life.

Noises from your home’s central heating system can be caused by a host of reasons, including limescale build-up due to hard water, loose components, trapped air in your radiators, a water leak and even overheating. The key to identifying the cause of your noisy boiler or central heating system is to recognise the type of noise they are making.

As a quick guide, we’ve put together a table of the most likely types of noises your central heating can make, as well as a summary of the probable causes. We will then go into more depth as to what all these noises may mean.

What is Boiler Kettling Noise?

If your boiler sounds like a kettle boiling, then this is known as kettling and needs to be investigated. The kettling sound occurs when limescale builds up on the boiler’s heat exchanger, causing a blockage and restricting the flow of water. With the water not flowing as it should, it stays heated for longer in the boiler, trapping the steam it produces and creating pressure. This pressure release inside the boiler causes the boiling kettle sounds.

Sometimes, this kettling noise can sound pretty dramatic, but your boiler should have the right safety mechanisms to switch the system off if it detects any potentially dangerous levels of pressure. However, this doesn’t mean you should ignore the problem as limescale can eventually cause internal damage and result in the need for a new boiler.

The best way to resolve the limescale build-up and turn off that kettling noise is to get your central heating system flushed and this will need a heating engineer.

Turn your central heating on, and you may initially hear some knocking sounds as the pipes expand and contract and this is totally normal.  However, what isn’t normal is if this banging noise gets really loud or is continuous as it can mean something is amiss. Loud banging noises could indicate overheating, with hot water hammering inside the pipes so it’s wise to check the thermostat on your boiler to ensure it is not too high as if left, this can eventually cause a boiler breakdown. Or the banging could be due to incorrectly fitted pipework which can mean they knock against floorboards or wall. Trapped air can also cause a noisy radiator making knocking sounds, including banging pipes, which can easily be cleared by opening your radiators’ bleed valve to bleed air out of the system.

Gurgling Noise from Radiators or Pipes

Just like your stomach after a heavy meal, excess air in your central heating’s pipes or radiators can cause a loud gurgling noise. Too much air in the system causes a blockage that prevents your hot water circulating as efficiently as it should, and this trapped water is the source of those gurgling noises. To release the air so the water can flow as it should, you will need to bleed your radiators. Once bled, the gurgling noise should stop.

Finally, your boiler’s flow rate can also cause a gurgling sound from the system if the rate is too low.

A humming central heating system can be caused by the heating pump which is running too fast or loose pipework issues where vibrations translate into a buzzing or low humming sound. The boiler’s thermostat or a loose or disconnected filling loop could also be the culprits. Another possible cause of humming sounds is your boiler’s heating elements, which may not be working properly.

If you suspect issues with the pump or other boiler components that are making strange noises, it’s wise to call out an engineer who can also accurately re-adjust the pump speed and fix any internal issues.

Another common noise your central heating can make is a whistling sound, especially if it comes from the boiler Just like a kettling boiler, whistling is most likely an indicator that hard water limescale has built up on the boiler’s heat exchanger, causing pressure from the trapped hot steam to create the whistling sound. Whistling can also indicate a drop in pressure in the system or trapped air in the pipes so to be sure of the cause of your noisy central heating, it is best to call out an engineer.

For limescale and sludge build up, your central heating may need a full system powerflush, as well as a magnetic filter installed which attracts any debris that may circulate before it causes another blockage in your system.

How to Stop and Prevent a Central Heating System

While getting a Gas Safe heating engineer out to check any untoward noises coming from your central heating is advisable, if you have a little DIY skill and knowledge, there are a few steps you can take to see if you can get your boiler to calm down:

this is one of the first things to check as it is a common cause of noise from your heating system. Today’s combi boilers need a certain flow rate to work correctly as it determines how many litres of hot water will come out of a tap every minute. This rate is set by the pressure of the water from the mains supply and your boiler’s efficiency at heating the water to the required temperature. A low flow rate will cause the boiler to protest noisily so if the pressure is low on the gauge, increase it to the required rate.

with limescale build-up restricting the flow of water, this is one of the main reasons behind a noisy central heating system, so you need to remove limescale and improve the efficiency of your boiler. You can add a descaler to your feed and expansion tank, then flush the system with clean water so water can pass easily through once again.

with trapped air in your pipes and radiators one of the usual suspects when it comes to noises in your central heating system, bleeding your radiators can be the quick fix.

Call Out an Engineer

if your DIY fixes don’t work, or you don’t feel confident in tackling the noises yourself, then always call out a professional heating engineer. And don’t forget your annual boiler service which is key to identifying any issues early as well as preventing them from starting.

Never ignore a noisy system – while it may be tempting to just turn up the TV when your central heating system starts to get vocal, it’s important not to ignore those boiler noises. As most of your central heating system’s components are made from metal, they will naturally expand and contract as they heat up and cool down, and this can make a few groans. Any noise other than this gentle groan is telling you something is not quite right and ignoring these signs could lead to longer term damage and expensive repair bills.

If you want to prevent a noisy central heating system and boiler developing , or you have had those noises resolved and want to keep it that way, there are a few things to do to keep that lovely silence.

If you live in a hard water area, then limescale could be your returning problem, with all those minerals in the water gradually building up to fur up and block your heat exchanger and central heating system. To manage limescale build-up, installing a water softener in your system can really help, as can installing an electrolytic scale reducer.

And ensuring your boiler is serviced annually as well as nipping any noises in the bud by keeping on top of your boiler maintenance and calling out a professional engineer when necessary will mean you can keep the harmony in your home. 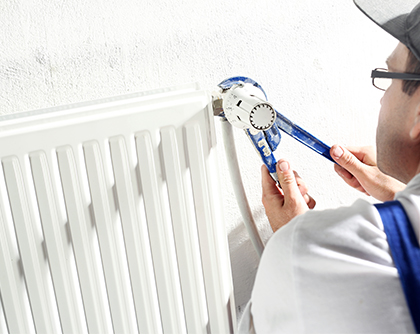 How to Drain a Central Heating System 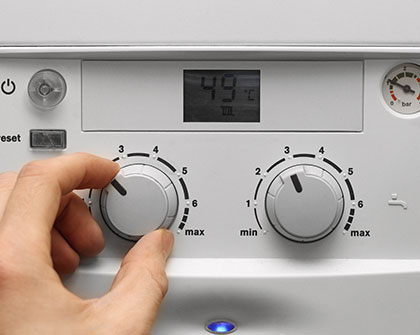 Boiler Pressure Too High? Here’s How To Reduce It 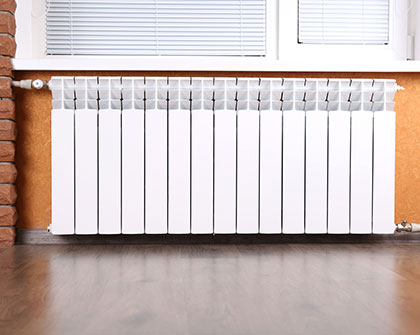 What is a Magnaclean System And How Does It Work?