How Does an Immersion Heater Work and Cost?

What is an immersion heater?

An immersion heater is a commonly used source of hot water in the home. It differs from a gas boiler heating system in that the water is heated by an electric resistance heater which is submerged in a large tank of water, rather than being heated by gas jets from underneath the tank. It could quite rightly be likened to a kitchen kettle, although there is a considerable size difference!

How does an immersion heater work?

Having said that immersion heaters are like domestic kettles, it has to be said that they are quite a bit more sophisticated. Basically, an immersion heater consists of a large hot water cylinder which is usually made of either copper, titanium, or stainless steel.

The electric resistance heater is much like the element of a kettle, although on a much larger scale. In a domestic immersion heater, this is rated at at least 3 kilowatts. Since it runs off the mains electricity supply rather than the domestic gas supply, the immersion heater has the capability to supply hot water, even in the event of the boiler breaking down.

The way in which the system works is surprisingly simple. The water enters the cylinder at the bottom of the tank from the cold water supply and is heated by the heater to the desired temperature. Once that desired temperature has been reached, an electrically operated thermostatic control switches the water heater off. It is an important feature of the system that the hot water cylinder is well insulated, as this will ensure that the water should stay hot for several hours. Of course, it is inevitable that some heat is going to escape through the side of the cylinder, which is the reason that they are usually situated in the domestic airing cupboard, so that this heat can also be used to dry clothes or other items. The warmth of the airing cupboard also makes it a popular place to let bread dough rise!

Who needs an immersion heater?

Not very home has an immersion heater, but there are are certain circumstances in which it can be useful, or even essential to have one fitted. Firstly, not all homes have a domestic gas supply, so an electric water heater may be the only source of hot water in the property. But even if there is a domestic gas supply, it can useful to have an immersion heater as well. For example, if the boiler develops a fault or is being serviced, or if there is an interruption to the gas supply for some reason, the homeowner will still have a ready supply of hot water.

Benefits of having an immersion heater

As was previously mentioned, an immersion heater gives the homeowner the ability to heat the water, regardless of whether or not the property has a domestic gas supply and gas boiler. It can provide an invaluable supply of hot water if there are any problems with the boiler. But whether it is the primary, or the back-up source of hot water in the home, using an immersion heater is a very simple process. As well as having a thermostat to turn off the power when the hot water tank is at its working temperature, the heater can also be fitted with a timer switch so that it will be operating only when needed. Another advantage would become apparent if your energy tariff charges less for electricity used at night. In that instance, the cheaper electricity can be used to heat the water and a well insulated tank will keep the water hot for several hours after the heater has switched off so that there is a ready supply of hot water for morning showers, for example. Even without this feature, activating the immersion heater takes no more than the flick of a switch.

While an immersion heater is a relatively simple means of heating water compared to ,say, a combi boiler for example, it can still develop faults. Whilst these are straightforward to repair, it is still useful to be aware of potential issues. The first thing to remember is that the immersion heater is a piece of electrical equipment so as such, it relies on the domestic electricity supply. Therefore it follows that any interruption to that supply may result in a loss of hot water, if the heater has been off for a sufficiently long time. This may not only be caused by a power cut however. It may be that the circuit breaker for the immersion heater has been tripped. This is is easy to check for by looking at your RCD (Residual Current Device or breaker panel). If the switch has been tripped, try switching it back on. If it stays on, the problem may have been solved, however, it trips again, there is likely to be an issue requiring an electrician to put it right.

If the water coming out of the hot taps is too cold or too hot, it may be that the thermostat on the immersion heater has developed a fault. It is possible that it simply needs to be reset. More modern units have a clearly marked reset button on them and all that is required is to push this once in order to reset the thermostat. On some of the older models, it may be necessary to remove the cover of the thermostat to reset it. If this is the case, it is vital to isolate the power by switching it off at the circuit breaker before attempting this as there are live wires just beneath the cover. If you are not confident to tackle this job, it is strongly advised that a plumber, or heating engineer carries out the task for you.

Other causes of the immersion heater not operating correctly can include limescale build-up, particularly if you live in an area which has hard water. It is usually possible to have a filter fitted to the system in order to prevent this, but both fitting the filter, and cleaning out the hot water tank, if no filter is fitted, are generally beyond the skill set of most homeowners and require an qualified heating engineer to do the job safely. In fact it has to be said that any electrical work on the immersion heater should not be regarded as a DIY task and a professional heating engineer or registered electrician should be called to carry out the job. This message important and is worth repeating: if in doubt, do not attempt electrical or plumbing repairs yourself.

What size immersion heater do I need?

There are two things to think about when choosing an immersion heater system from scratch. The first one is the size of the hot water tank. In order to work this out, you will first need to know how many people are likely to be requiring hot water. But it is not just a question of who is to be using the water, but how they use it as well. For example, do the members of the household tend to use the bath, or the shower more often? How long do they tend to take? The following figures are a rough guide to working your water heating requirements out.

A bath will use around 100 litres of water at a temperature of about 40 degrees C.

A hand basin uses about 5 litres of hot water at any one time.

Other appliances such as dish washers and washing machines tend to run off the cold supply only these days.

So, let us take a household consisting of 2 adults and 2 children, with a bath, 2 showers, 2 hand basins and a kitchen sink, the following pattern of usage would be typical. From one tank of hot water, we might require one bath of 70 litres (remember, cold water will be added too), 3 showers, for a total of 75 litres and some use of sinks and basins adding up to around 20 litres. So the required size of tank needs to be in excess of 165 litres to cope with this demand. Since it is not desirable to totally empty the tank, a 200 litre model would be suitable.

In reality, a heating engineer is the right person to calculus the size of the heater required to heat the water, but the calculation goes something like this. We know the size of the tank, and how hot the we want we water to be. As a matter of safety, it must be heated to at least 55 degrees c to kill and pathogens.

The formula to use is volume of tank x 4 x temperature increase/3412 = power of element required in kilowatts.

It’s a good job that the professionals tend to work these things out!

As we have seen, there are two components of an electric water heater, the water tank itself and the heating element. Replacement of these items is not generally regarded as a DIY job, as both water and electrical systems are involved. Typically, if the heater needs to be replaced, it will cost between £20 and £50 for parts and around £100 to £150 for labour. The replacement costs for the water tank vary considerably depending on tank size and construction material, but an average cost including the tank and the labour is around £120.

You may also like our guide to the Best Electric Heaters.

Do immersion heaters use a lot of electricity?

There is no doubt that it is more expensive to heat water using an immersion heater rather than a modern combi boiler. As an example, 1 kw of gas will cost about 4p, while 1 kw of electricity costs about 15p, that means that a 6 kw immersion heater will cost about 90p per hour to run. So if the heater was used for 2 hours per day, that adds up to £12.60 per week. Having said that, it is possible to reduce this cost substantially. For example, responsible use of the thermostat may help, as can utilising lower tariff electricity at night, which is often charged at around 8p per kw, rather than the 15p per kw that it would cost if daytime electricity is used. This is where good insulation of the tank is particularly important in order to keep the water at the desired temperature for longer.

Do I actually need an immersion heater?

The real answer to this question is ‘it depends’. If there is no gas supply to your property, then an immersion heater is the obvious way in which to heat water. If, however the property is supplied by gas, particularly if an efficient combi boiler is in situ, then that is the most efficient system and will lead to comparatively lower energy bills. Having said that, should you have a problem with your boiler or gas supply, having an immersion heater in the home gives you the security of an uninterrupted supply of hot water. It is also an advantage to have a warm space, such as an airing cupboard, which is likely to be a feature of a house in which an immersion heater has been installed. 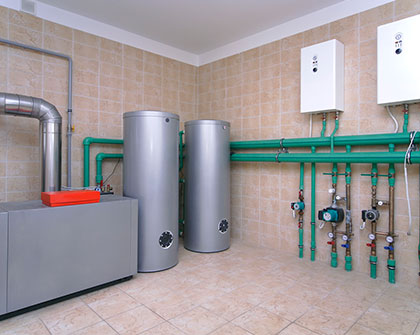 Difference Between A Direct And Indirect Hot Water Cylinder 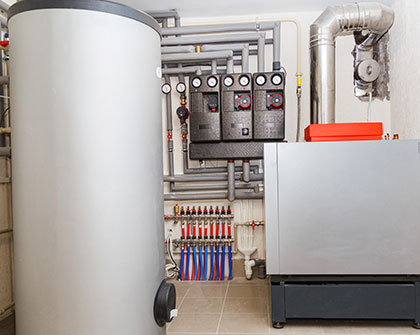 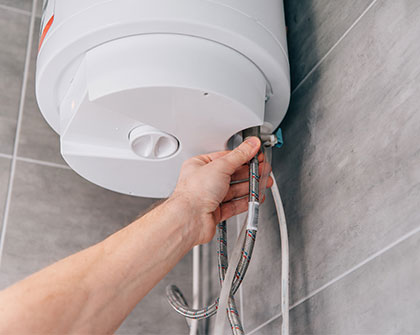